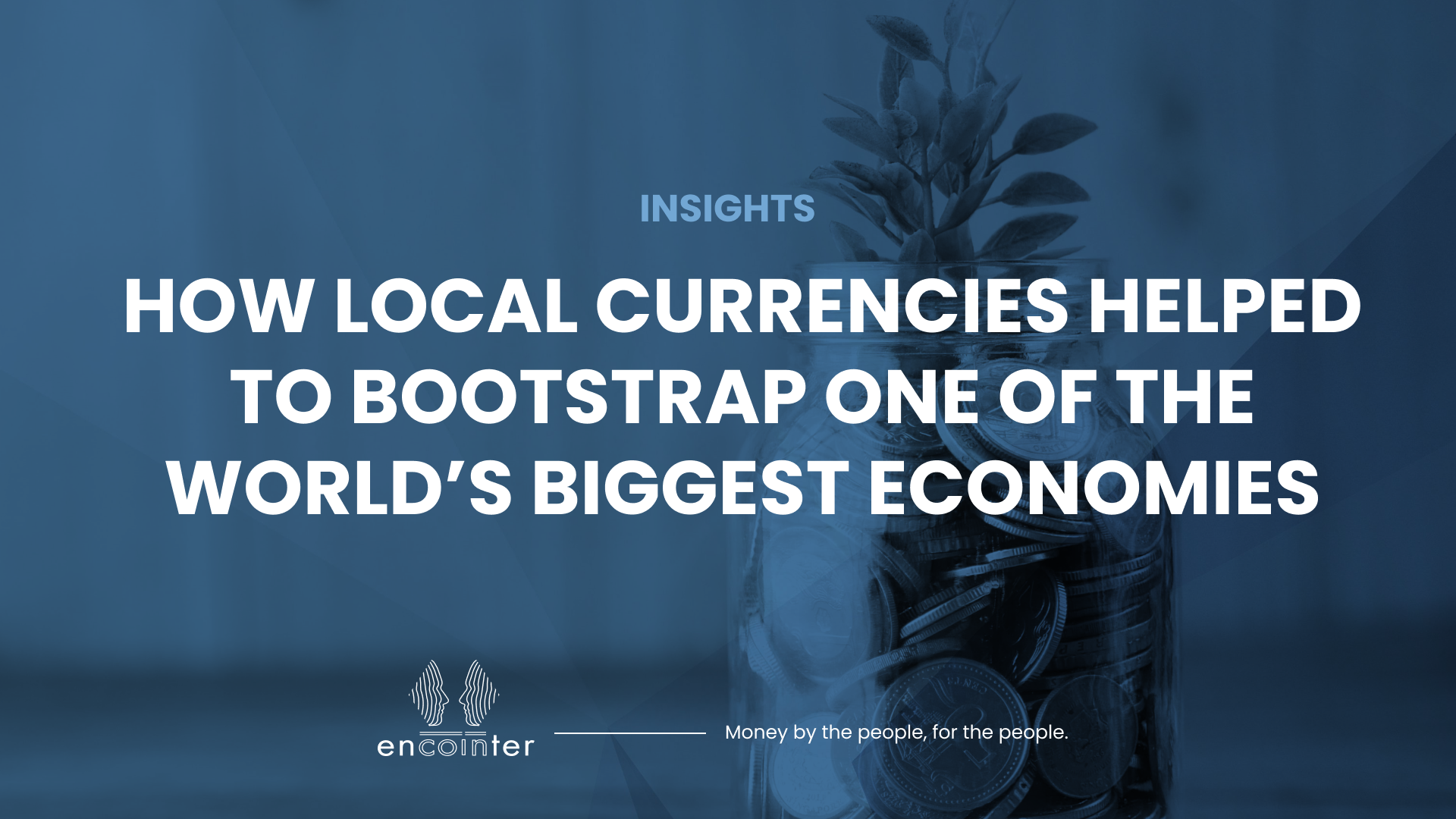 A Revolution Sparked by Financial Disputes

It’s worth remembering that finances were at the heart of the American Revolution in the late 1700s that led to the founding of the modern US republic. Before the revolution, the American colonies had no formal monetary system of their own.

Colonial governments had issued their own paper money only to be met with resistance from the British government, which imposed various currency acts in an attempt to protect its own commercial and financial interests. The British rationale was that the colonial currencies held little value at a distance from the issuing bank, as they couldn’t easily be redeemed. However, from the colonist perspective, this is likely to have been perceived as an early attempt to stifle fiscal autonomy.

Along with these local currencies, foreign currencies like the Spanish dollar were also in circulation and widely used.

Following the French and Indian War with the British over American territory, which ended in 1763, the British government was faced with heavy debts. In response, it decided to increase its control over the thirteen American colonies and began levying a series of taxes. The colonists objected on the principle of “no taxation without representation,” arguing that they had no elected representatives in the British Parliament.

American resistance culminated in the Boston Tea Party, where protestors boarded ships in Boston Harbor and threw chests overboard to demonstrate their opposition to the latest tax on tea. In response, the British Parliament passed a series of punitive laws that became known as the “Intolerable Acts” and by 1775, all-out war had broken out between Britain and the American colonies.

Due to the war costs, Continental Currency depreciated rapidly in value. A second issuance also quickly became worthless, resulting in high inflation. At the same time, the newly-formed states continued to issue their own currency as a way of offsetting the worst effects of the national crisis. Effectively, the Continental became a tax that funded the war, but it couldn’t survive as a national currency.

The Dawn of the US Dollar

In 1785, the Continental Congress approved a new currency for the newly-emerging republic – the US dollar. Following the inauguration of George Washington as the first president of the United States, the administration passed the Coinage Act of 1792. It established the US dollar as the standard unit of money, along with providing the legal basis for the US Mint and the regulation of coinage.

However, there were still many problems with this fledgling monetary system that created an ongoing reliance on other forms of currency. Control over the US dollar was becoming a political hot potato. This was the age of the Old West, a period that would later become immortalized by Hollywood movies. By the early 1800s, the formerly colonial eastern states were becoming relatively economically well-developed, and as such, political forces there favored “hard” or scarce money. The inflation that resulted from the issuance of credit risked eroding the value of their wealth, so they supported the creation of a central bank and currency.

However, the farmers and entrepreneurs building new western settlements created a demand for easy lending. Therefore, many commercial banks in the west operated what were effectively local currency systems, printing their own notes.

It’s worth noting, therefore, the critical role that local currencies played in the development of the United States economy – and by proxy, the country itself – during the pioneer years. The monetary flexibility provided by local US currencies helped to promote regional economic growth at times when harder currencies were scarce, and enabled the pioneers to generate the finances they needed to establish the modern western US that exists today.

Broader market forces also came into play during the earlier part of the 1800s. The Treasury was the only entity that could issue coins; however, from 1834, the price of silver was valued so high that the US Mint couldn’t procure enough of it to meet the demand for coins. Both state and national banks could issue paper money, but state banks were restricted to issuing only high-denomination values, firstly at a minimum of $1 and later $5. The rules were in place to encourage the redemption of banknotes and ensure liquidity. However, at that time, $5 could represent a week’s wages for a typical laborer, so there was huge demand for a means to transact in smaller denominations.

Therefore, across the US during the 1800s, many local and private currencies were issued both in both paper and token form as a way of covering the small denomination gap.

The Greenback is Born

Around the time of the Civil War in the early 1860s, the Treasury stepped in and began issuing fractional paper currency, including in smaller denominations, as part of its bid  to fund the Union’s war effort. These paper bills became known as “greenbacks” – a term that prevails today.

At the same time, the Treasury began to legislate against so-called “private coinage” outlawing the use of private currencies. As a result, many issuers began offering currencies redeemable directly for goods and services rather than fiat.

During the Civil War, coins virtually disappeared as demand for metals skyrocketed. Banks in the North and South printed their own currencies as a way of funding their respective war efforts. However, following the collapse of the Confederation, the Confederate currency became worthless.

In 1863, the Union had enacted the National Banking Act, a move that effectively taxed state currencies and bonds to the point they were unsustainable. As such, following the war, the dollar became the de facto currency of the United States.

Once the Federal Reserve Act of 1913 came into force, the authority of the US Federal Reserve as the central money-issuing bank of the United States was enshrined in law, and the US dollar began its rise to becoming the world’s most dominant currency.

Let’s be clear – the system wasn’t perfect. In fact, it was fairly chaotic to have so many different currencies in circulation and it wasn’t uncommon for banks to go out of business overnight, rendering their notes worthless. Even so, it’s not unfair to say that without local currencies, the US would be a very different place.

However, local currencies are far from a quirk of history in the US. Today, the country has one of the best-known local currencies in operation – BerkShares. BerkShares is a non-profit initiative that issues local currency to support businesses in the community of Berkshire, Massachusetts. Inspired by the local currencies used in American history, BerkShares “serve as a tool for community economic empowerment, and development toward regional self-reliance.”

Encointer makes it easy for anyone to create a local currency like BerkShares, empowering local communities to stimulate their economy and strengthen their networks. If you want to find out more, visit our website or contact us for an initial discussion.